The Calm Before The Storm, Single Channel Video, 2014

The Calm Before the Storm is a virtual installation assembled of advanced 3D animation and digital video. The viewer experiences the virtual installation through a screen, which becomes a window to a world that mirrors our own, but is distorted in order to express a psychological state of anxiety and excess caused by capitalist culture.
The view through the screen moves around an architectural structure composed of vegetation and garbage; outdated electronics, PVC pipes, toys, and art objects. The structure is an island of capitalist debris, referencing the build up of plastic and chemical waste in the North Pacific and Atlantic oceans. On top of the structure is an idealized american female head that bobs up and down, controlled by mechanics of the architecture. The placement of the head on top of the structure relates the structure and waste beneath to the current state of the human body, as it tries to adapt to the toxic environment that it has created. 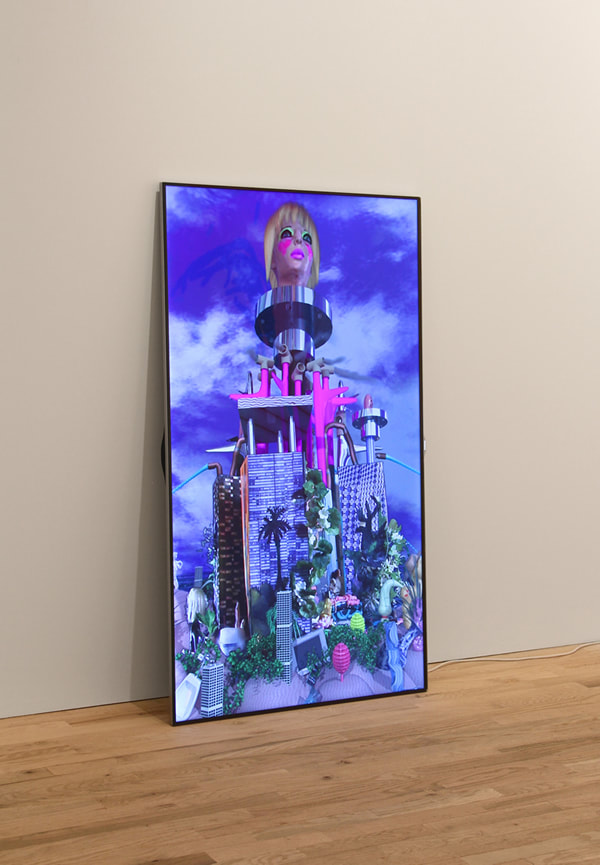